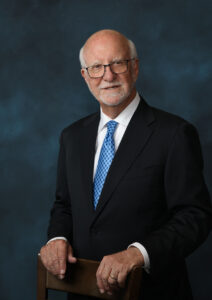 Dr. Fuhr is part of an esteemed group of healthcare and business professionals noted for their outstanding contributions to the international advancement of chiropractic. In 2000, Dr. Fuhr became a select member of the International Society for the Study of the Lumbar Spine. He has been recognized by the World Federation of Chiropractic with its prestigious Honour Award and, in 2012, was selected as the World Health Organization’s delegate representing the World Federation of Chiropractic. Other honors include:

Educating chiropractors across the world on the benefits of low-force chiropractic adjustments, Dr. Fuhr’s speaking and teaching engagements have included stops in Australia, Brazil, Canada, China, Ireland, Italy, Japan, Mexico, New Zealand, Spain, Taiwan, and the United Kingdom, as well as overseeing a full slate of AMI training seminars in the U.S. and Canada.

Activator has been the subject of more than 150 peer-reviewed papers and 23 clinical trials. Dr. Fuhr holds13 domestic patents, 47 worldwide trademarks and more than 100 copyrighted works. In 2008, he published the second edition of the technique textbook, The Activator Method, globally acknowledged as the standard reference for instrument adjusting.

A native of Minnesota, Dr. Arlan W. Fuhr received his chiropractic training at Logan University.  He is married to Activator CEO Judi Fuhr and resides in Chandler, Arizona.