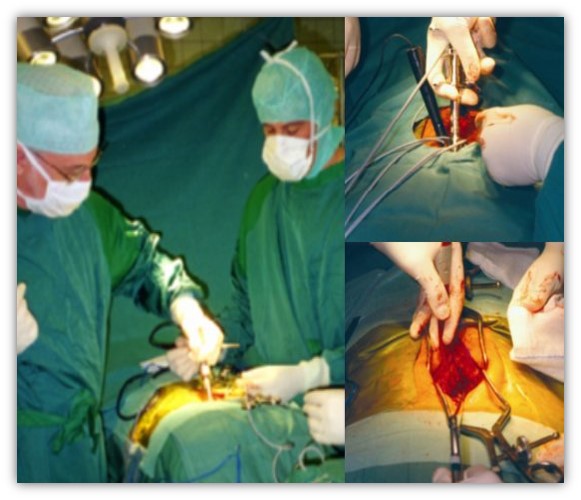 The purpose of this clinical investigation was to determine the feasibility of obtaining intraoperative neurophysiologic recordings and to quantify mixed-nerve root action potentials in response to lumbosacral spinal manipulation in a human subject undergoing lumbar spinal surgery.

During the active trials, mixed-nerve root action potentials were observed in response to both internal and external spinal manipulative thrusts. Differences in the amplitude and discharge frequency were noted in response to varying segmental contact points and force vectors, and similarities were noted for internally and externally applied spinal manipulative thrusts. Amplitudes of mixed-nerve root action potentials ranged from 200 to 2600 mV for internal thrusts and 800 to 3500 mV for external thrusts.