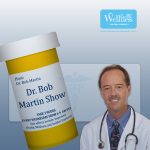 (PHOENIX) – Dr. Arlan W. Fuhr, co-founder and chair of  Activator Methods International® (AMI), the industry-leading creator of the world’s most popular chiropractic adjusting instruments, shared his experiences and concerns about the significant overprescribing of opioid medications. Dr. Fuhr’s comments were made during an interview on “The Dr. Bob Martin Show” on KFYI News Talk 550 AM, which broadcasts in the Phoenix area.

During the conversation, both doctors discussed the tragic consequences of overuse and abuse of opioids. In testimony before the U.S. Senate in 2014, the National Institute on Drug Abuse (NIDA), a component of the National Institutes of Health (NIH), indicated that in 2012 an estimated 2.1 million people in the U.S. were dealing with substance abuse disorders related to these drugs. Evidence also suggests a growing relationship between opioid abuse and heroin.

While healthcare communities continue to wrestle with the issue, Dr. Fuhr pointed out encouraging but not often-reported research. He said, “I go by the data, and one researcher – Dr. Jim Lehman at the Southern California University of Health Care Sciences – just finished a poster and presented his results at the National Press Club in Washington, D.C. The bottom line on his research was that if you’re going to a chiropractor, you are 55% less likely to use an opioid.”

Dr. Fuhr also discussed his experience as a fully credentialed chiropractic physician at the Veteran’s Affairs Medical Center in Phoenix. “My first patient had 21 active medications and he thought he was crazy. We began removing medications, under the supervision of his internist and rheumatologist. Two years later, he was down to one medication and was in drug rehab.”

Dr. Fuhr expected backlash from the VA’s medical staff, but it never materialized. Instead, doctors were grateful for this patient’s progress. “That’s what I learned at the VA: when you have cooperation, people get better.”

To listen to the full program including the interview with Dr. Fuhr, please visit http://kfyi.iheart.com/media/play/27739117/.

The host of the interview, Dr. Bob Martin, is a chiropractor and clinical nutritionist who is board certified in anti-aging medicine. He believes information and education are the keys to good health, and takes every opportunity to share his knowledge through consumer lectures, newspapers and radio health talk programs throughout the United States and Canada. “The Dr. Bob Martin Show” can be heard on KFYI radio in the Phoenix area on Saturdays from 10am-12pm and on KFYI 2 on Sundays from 6a-9a.