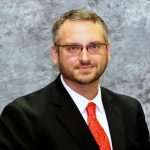 Kevin Green, is a seasoned professional with more than 12 years of experience in multiple fields. He has worked in such diverse environments as the aerospace and electronics markets in manufacturing, supply chain, business and software analyst positions.

However, his true devotion remained grounded in technology. He pursued this career goal by attending the University of Phoenix where he graduated with degrees in Information Technology and Business. Being invited to join the Delta Mu Delta International Business Honors Society during his second year, was a great moment in his academic career. With a specialization in project management Kevin has been a great asset to Activator Methods in being able to document, track and maintain progress on our new initiatives.

Through academic and local resources Kevin became involved in animal welfare. He has been volunteering his services as an animal photographer every Saturday at the local animal shelter, as well as helping raise awareness through web focused campaigns. Thanks to the hard work of volunteers like Kevin and many others, the live release rate for the county shelters have risen greatly over the last few years.

Are you a Chiropractic Professional or a Patient Looking for an Activator Methods Doctor?

Proficiency and Advanced Proficiency Chiropractors across the world are easily accessible by visiting doc.activator.com

You MUST create an account with a verified healthcare professional license before you can add Activator Adjusting Instruments to your cart.