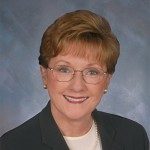 Judith J. Fuhr – President of the Board

Judi Fuhr is the Chief Executive Officer for Activator Methods International. Since 2000, she has been at the helm of the company’s day-to-day operations as Vice President, Chief Operating Officer, President, and co-owner. A groundbreaking business and civic leader, she founded Hamilton Consulting, an Arizona-based public affairs firm that represented a wide range of prominent organizations including NASCAR, Phoenix International Raceway, and W.M. Grace Companies among many others. Her long track record of community work includes service as President of the local school board and membership on nonprofit and corporate boards. In 2009, the Chandler (AZ) Education Foundation presented Judi with its “Woman of Greatness Award.” 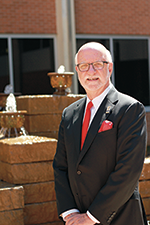 Dr. Arlan W. Fuhr – Member of the Board

Arlan W. Fuhr, DC, Founder and Chairman of Activator Methods International, is the co-inventor of the Activator Adjusting Instrument and the Activator Method Chiropractic Technique. Now the world’s most widely used instrument adjusting chiropractic technique, the Activator Method is taught in nearly every college in the United States and abroad, as well as in professional seminars throughout the year. In 2008, Dr. Fuhr authored the second edition of the textbook The Activator Method, globally acknowledged as the standard reference for instrument adjusting. He also created Activator Institute VT, chiropractic’s #1 virtual training platform, which is the first virtual training, with competency-based learning built into the program. Dr. Fuhr, a graduate of Logan University, is also credited with more than 25 peer-reviewed publications, 13 domestic patents, 47 worldwide trademarks, and more than 100 copyrighted works.

Dr. Jan Roberts – Senior Advisory Council to the Board

Dr. Jan Roberts is the founder and director of HealthQuest and was the first sports chiropractor to serve the US Pro Ski Tour. He has helped Olympic gold, silver, and bronze medalists maintain their competitive edge. For over thirty years, Dr. Roberts has provided this same world-class health care to the people of Western Maine. He also served on the Maine Board of Chiropractic Licensure for 13 years. He pioneered the use of modern chiropractic methods such as the Activator Methods Technique playing an integral role by serving on the Clinical Advisory Board since 1999. He has taught seminars across the world including the US, Canada, Europe, and Asia for nearly three decades. He is Advance Rated Proficiency for Activator Methods.

Dr. Joseph Steinhouser – Senior Advisory Council to the Board

Dr. Steinhouser is a 1978 graduate of Pasadena College of Chiropractic, where he was on faculty teaching radiology, radiographic interpretation, x-ray physics, clinical courses, and chiropractic philosophy. He was first introduced to the Activator Method while in college and later assisted in developing curriculum materials for basic and advanced Activator technique courses. A clinical researcher who focuses on the Activator Method, Dr. Steinhouser has been published in the Journal of Manipulative and Physiological Therapeutics. Today, he is in private practice in Lake Elsinore, Calif., and serves as an instructor and Clinical Advisory Board member for Activator Methods.

Dr. Barry Quam – Senior Advisory Council to the Board

Dr. Quam practices with the Howells Chiropractic Clinic located in Enumclaw, Washington. He has been an Activator practitioner for 37 plus years and is a former platform instructor for Activator Methods International, as well as a former board member for their Clinical Advisory Board. He uses the latest Activator 5 instrument, which is the most technologically sound and researched instrument which provides safe and gentle adjustments to the very young and to the very elderly. He is a family practitioner with 40 years of practice experience.

Dr. Thomas DeVita – Senior Advisory Council to the Board

He graduated from Columbia Institute of Chiropractic (now New York Chiropractic College) in September 1975 and started a practice in Acton, MA in December of 1975. He began utilizing AM technique in 1978 and 1982 became an instructor with AM. He was fortunate to teach for AM all over the US, Canada, UK, Madrid, Sardinia, Brazil, Japan, and Australia. From 2000 to 2016 he served on the AM Clinical Advisory Board. In 2016 he retired from AM as a Senior Clinical Instructor. He was also a contributing editor of the second edition AM textbook. In MA he served on the MA Chiropractic Society Board of Directors and served 9 years on the State Board of Registration and Examination including Chairman his last year. He served on the New York Chiropractic College Board of Trustees from 2004 -2019 with his last 3 years as Chairman. As of December 14, 2020, he officially retired from active practice.

Dr. Zane Gard graduated from the University of Western States in 2000 and has an advanced certification in the Activator Methods Chiropractic Technique and is a clinical instructor for Activator Methods International. Dr. Gard also serves as adjunct faculty for the University of Western States as a clinical instructor for the Activator Technique. Dr. Gard is certified in Applied Kinesiology and was formerly a teaching assistant for the 100-hour Applied Kinesiology certification course taught annually in Portland.

Dr. Kathleen Bloom has been practicing for over 35 years and is a graduated in 1984 from Northwestern Health Sciences University in Bloomington, MN as a Doctor of Chiropractic. Dr. Bloom is Advanced Proficiency Rated in Activator Methods and is currently serving on the Clinical Advisory Board at Activator Methods, City Coordinator in Minnesota for Activator, and for 17 years she has been an Associate Clinical Instructor for Activator. Dr. Bloom is currently the Vice President of the Alumni Board at Northwestern Health Sciences University. For 25 years she has been a CBI doctor for Northwestern Health Sciences University where she mentors students and teaches them to use the Activator adjusting tool and the Activator technique in her office. Dr. Bloom is married to Greg for 35 years and together they have 4 daughters and 3 grandchildren.

Dr. Brad Hassig has been serving the Mountain Brook and greater Birmingham communities with the Activator technique since 2001. Dr. Brad has spent the past decade serving as an Associate Clinical Instructor for Activator Methods and was chosen by Dr. Fuhr to serve as the Atlanta City Coordinator for seminars. He was recently invited to represent Activator as a platform Clinical Instructor at seminars across the country. Dr. Hassig is very involved in the community, serving the local PTO, coaching sports teams, and teaching their sons Sunday school class. He is the proud parent of three wonderful children.

Dr. Edward J Galvin Jr., DC, is a Chiropractic Specialist in Oswego, New York. He attended and graduated with honors from Palmer College Chiropractic – Davenport in 1988, having over 33 years of diverse experiences. He has received multiple awards including the John Connolly Outstanding Graduate Award from Palmer College. Dr. Galvin has been an Activator Methods Instructor for more than 20 years leading seminars across the United States.